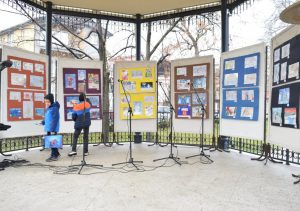 This year’s traditional SAF’s competition “Winter Magic” has ended and was organized with an exhibition of awarded and artistically especially prominent works in the pavilion of the City Park, where the awarding of works took place.
Nearly 200 works were submitted to the competition, which shows that children are more and more interested in this competition every year. Many schools from the territory of Pčinja district participated, for the first time also schools from Vladičin Han and Vlase, and the primary schools Radoje Domanović (which sent the most works) stand out in terms of the number of works, followed by Vuk Karadzić and Branko Radičević. 7 prizes were awarded, one City Prix and three prizes in 2 categories – children from I to IV grade and children from V to VIII. We are surprised by the quality and quantity of works in the category from 5th to 8th grade, because they are innovative, patiently done with good compositions, which is not typical of this age.
This year, the team of SAF, in the spirit of the upcoming holidays, made a surprise box from which both older and younger visitors could draw a variety of gifts, which, of course, made the children happiest. On that occasion, promotional flyers were distributed for the upcoming enrollment of new students, which will be held on February 5, 2022. years. So, with this event, SAF rounded off its activities in 2021. 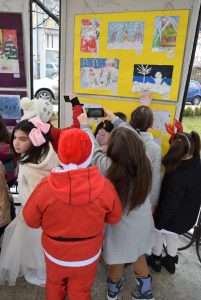 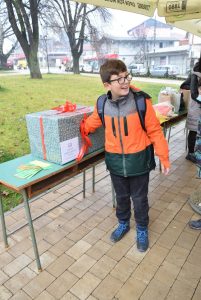 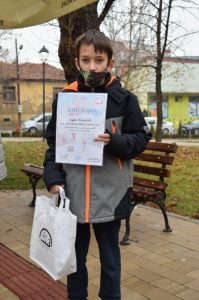 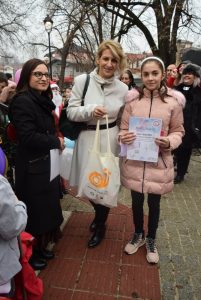 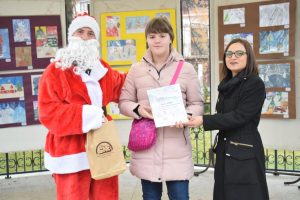 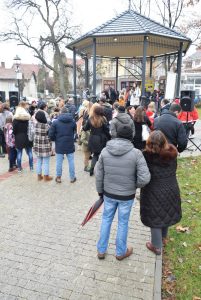 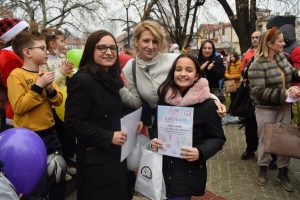 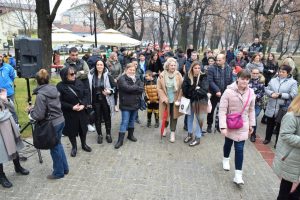 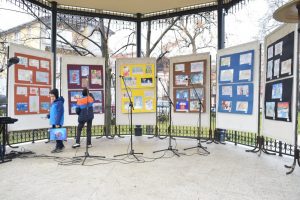 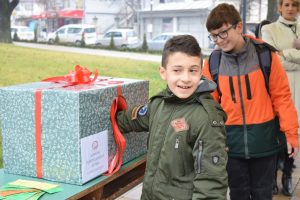 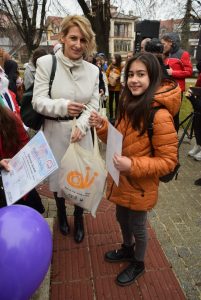 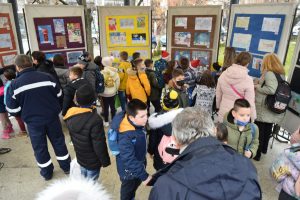 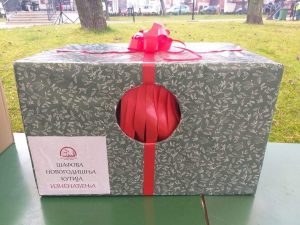 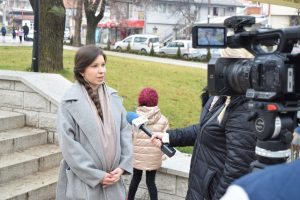 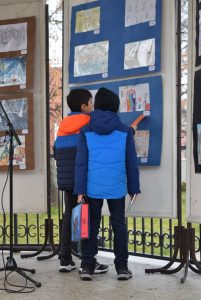 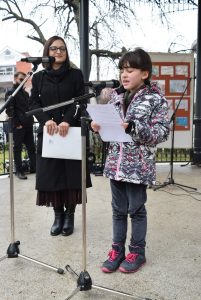 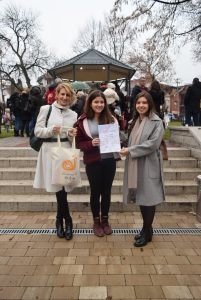 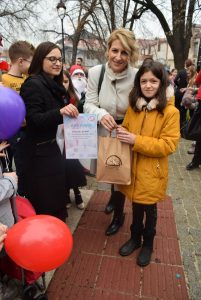