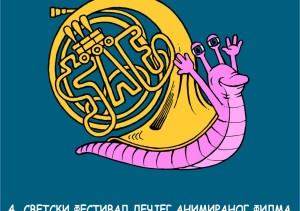 Grand Prix for the film:
„Who is in charge here?“ group of authors Kids Animation Studio „DA“ Russia

The first category children up to 15 years

The second category children from 15 up to 19 years

Diploma for the best production, SAF Vranje
As we know, SAF is one of the first schools for animated film in this region. Important as this is, even more important is that the overall production of SAF is at a high level. Almost all films from SAF are worthy of a prize. For this reason, we have decided that the Diploma for Production for this year 4th World Children Animated Film Festival is awarded to SAF (School of Animated Film), Vranje.

Diploma for sound – „Labo danim“ Bulgaria
Sound is an extremely important factor which strongly contributes to the atmosphere and quality of an animated film. The Diploma for Sound goes to „Labo given“ Bulgaria